Many small businesses get internet connectivity in what might be called the “traditional” way. That means they order a public switched telephone network (PSTN) telephone line (also known as a “landline”), and then order a broadband service on top of it.

That’s the way it’s been for many years, but in today’s data-driven world, the system feels clunky. The PSTN landline network is actually being switched off entirely in 2025 because it can no longer handle the demands of modern online communications. But even now, the need to channel ADSL or FTTC data services over a telephone line feels increasingly obsolete.

Happily, there is a solution. The punchily named Single Order Generic Ethernet Access (SoGEA for short) is a big step up from traditional ADSL and FTTC, because it takes traditional voice services completely out of the equation, and is available over ethernet or broadband. That means better connectivity for business. Here’s why…

In 2025 the ISDN/PSTN network will be switched off and any business that relies on a traditional copper phone line will be forced to switch to an internet-based alternative. In fact, BT has already stopped supplying new landlines in a couple of trial areas and will stop selling them throughout the UK in 2023. The end of the era of the landline is upon us.

Instead, all voice calls will soon need to be routed through the internet. One of the big benefits of a single order solution like SoGEA is that it future-proofs your business for 2025. It’s designed to handle Voice over Internet Protocol (VoIP) and other internet traffic on the same service. That makes it more stable than traditional, landline-based ADSL and FTTC broadband. SoGEA is meant to be used alongside a VoIP phone system, so your 2025 headache is cured.

But the advantages of a single order solution go way beyond preparing your business for the ISDN/PSTN switch off in 2025.

For a start, it’s what it says on the tin - a single order solution. With traditional broadband, many businesses take a landline from one supplier and broadband service from another. Even if you take both from the same supplier they might be handled by different departments.

That means you have two services to manage, two suppliers (or departments) to call if something goes wrong, and two bills to pay. With a single order solution, your voice and internet data are essentially the same service, cutting down the time you spend administering, troubleshooting and paying for your communications and networking infrastructure. 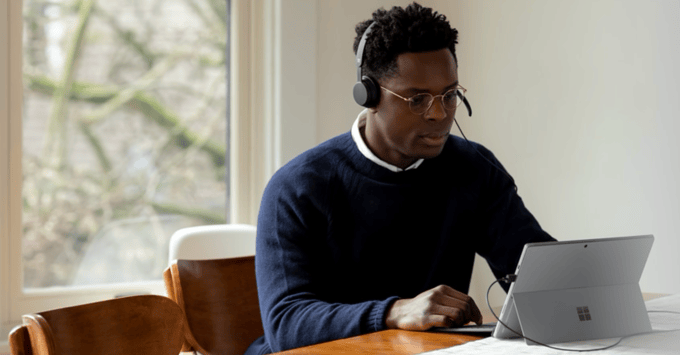 And with a single order solution, you get speed to match that simplicity. SoGEA offers speeds of up to 80Mbps, which is more than a match for the fastest fibre FTTC services and much, much faster than traditional copper-based ADSL.

It’s also more reliable, partly because there’s just one service to go wrong rather than two, and partly because it doesn’t use any traditional phone line frequencies. SoGEA is particularly robust in comparison to ADSL, which isn’t really suitable for many of today’s data-hungry digital services, and will become increasingly stretched by the mass transition to VoIP communications in the run-up to 2025.

You might be thinking that all these benefits will come at an extra cost, but actually, the opposite is true. A single order solution is usually cheaper than the combined cost of a phone line and separate broadband service. And VoIP calls are usually considerably more cost-effective than landline alternatives.

Single order connectivity is currently available to 28.5 million premises across the UK, and that number is rising all the time, especially in areas where FTTP connections still aren’t available.

If you’re currently on a standard ADSL or FTTC connection, it’s worth thinking about an upgrade. Combine SoGEA connectivity and a VoIP service and you’ve future-proofed your IT infrastructure for 2025 and beyond. Then you can enjoy the benefits of fast, reliable internet and all-IP voice, opening up new possibilities like Unified Communications and cloud-based telephony.

And there’s more good news when it comes to installing single order services. You can be up and running in around 10 days, with minimal disruption to your everyday operations.

With the ISDN/PSTN Switch Off just around the corner, VoIP-ready SoGEA will become the standard connectivity option for many small and medium-sized businesses soon enough. Why not start benefiting from faster, more reliable and more cost-effective connectivity now, and get a step ahead of the competition?